One of the great gifts that age has bestowed upon me is my renewed appreciation for classical music. Music is a never-ending well of magic and beauty, and the deeper down into it you go, the more you are able to fathom the alchemy of sound and emotion.  And yet understanding and knowledge does not diminish the unexplainable power of vibrating air, that intangible and un-nameable sensation that happens when you are seated in a dark theatre and the first notes rip through the air. It’s a high unlike any other. Exaltation comes on like a tidal wave, and you are swept away.

My wife and I recently attended the Toronto Symphony Orchestra for a performance of Mozart’s 40th Symphony (I purchased the tickets as part of her birthday gift). I had my first real orchestra experience just over a year ago, when we attended the New York Philharmonic’s performance of Anton Bruckner’s Eighth Symphony, conducted by one of the world’s greatest conductors, Zubin Mehta. Bruckner was undoubtedly a genius, but this Toronto performance was the first time I have seen a “famous” composer’s work in a live setting. I thought that Mozart would be a good place to start.

The TSO has been doing an annual retrospective’s of Mozart’s work for a while now,, which continued this year as the “Mozart @ 257 Festival” (he would be 257 years old were he alive today). In his introduction to the night’s program, the brilliant conductor and host Peter Oundjian stated that when he launched the idea seven years ago, he had no idea that the annual celebration would become so popular. This year, the festival featured four different performances, each focusing on a different area of Mozart’s work: everything from chamber ensembles to vocal pieces, to his full orchestral works.

As we took our seats inside the beautiful Roy Thomson Hall, I felt a stirring of emotions that only comes to me when I’m about to experience mind-bendingly great art. I’ve been thinking lately that this sensation reminds me of when I would attend church as a small child. It is the feeling of reverence, of waiting to be plugged into the great spiritual source of humanity and the truth of the universe. There’s something magical about sitting in dark room with other people being absolutely silent, giving all of your attention to the people invoking the beyond up on the stage. It’s exactly what religious people feel when attending a church or temple or any holy ritual. I get the same feeling in art galleries and museums. It is the feeling of waiting to be overwhelmed by beauty in its purest form. I want to be swept away, to be carried into the peace of infinity, where death and time and human toil have no consequence. In classical music venues, you can feel this collective longing for a taste of the immortal or the divine.

The 40th is a dense, complicated work. Mozart was writing at a furious pace by this point in his life, having supposedly written this symphony and two others (the 39th and 41st) in a period of about six weeks. Indeed, he would write only one more symphony after its completion, the so-called “Saturn” symphony. Beset by financial troubles (as he was for most of his life), and emotionally ravaged by personal losses, the young Wolfgang was at this time channeling his frustration and rage into some of his most challenging works.

For the performance we attended, the featured soloists were Concertmaster Jonathan Crow and Principal Viola Teng Li. The evening’s program opened with the “Serenade No. 12 for 12 Winds”.  Serenade’s are traditionally supposed to be light, unassuming music with primarily pleasant overtones. Essentially, they were designed to be dinner music. Peter Oundjian aptly stated in his opening speech that by virtue of the facts that a) this piece is in a minor key, and b) it’s a Mozart composition, the effect was anything but peaceful. It’s brooding, dark, and intense, with lots of melodic hand-off between the bassoons and the strings. After hearing this delightfully dark musical appetizer, I was eager to get to the bigger work.

Next up on the program was the “Sinfonia concertante in E-flat Major “, a tricky piece that was the culmination of Mozart’s experiments with the sinfonia concertante form, which is a hybrid of a symphony and a concerto. This is where Jonathan Crow and Teng Li took centre stage. The work is written so that melodic lines start on the violin and end on the viola, and vice versa, with each instrument interweaving over the backing ensemble. It really does sound like a conversation, especially with the deeper, more sonorous tones of the viola and mixing with the high vibratos of the violin. It’s a mesmerizing dance. Johnathan Crow played beautifully, but I was absolutely transfixed by Teng Li on viola. Being a guitar player myself, I have an appreciation for fast fingers. Ms. Li’s fingers flew with lightning speed and surgical precision over the strings of her instrument. The greatest guitar shredder of all time wouldn’t even come close the dexterity and speed employed by this woman. Mozart was apparently a huge fan of the viola, and may have even played the instrument itself at this piece’s premiere, which explains why he gave the viola so many good parts.

Finally, it was time for the main course of our musical feast: Mozart’s 40th Symphony, his second-last. The TSO website describes the work as “restless and profound”, but this doesn’t begin to express the emotional turmoil at the heart of the piece. The 40th is unique among Mozart’s catalogue, as it is one of only two symphonies that we wrote in a minor key (the dramatic and conflicted G minor). It is an intensely string-based work, and the violins and cellos and basses do most of the heavy lifting. There are no trumpets in the 40th, and very little other brass (just a pair of French horns).

Movement One is the standard Allegro, but with the genius of Mozart, the openings are always going to be powerful. The symphony began with one of his furiously dark themes, which rattled on at great speed. From there, the tone and dynamics shift wildly, giving the audience tastes of grief, defiance, anger, and joy in quick succession. Throughout this opening movement, the technical mastery of the TSO was in full effect.  I’m sure musicians love playing Mozart because of his precision coupled with the huge dynamics.

Movement Two is an Andante, and it is really the only part of the 40th that approaches any sense of peace. It really is the calm at the eye of the storm, with lots of long melodic lines ascending and descending across the instruments sections. It also gives a fair amount of the harmonic support to the lower-voiced stringed instruments, which helps reinforce its feeling of tranquility.

Movement 3 is a Menuetto: these are traditionally supposed to be the dance section of the symphony (the minuet), in a ¾ time signature. However, Mozart once again shows his creative restlessness by making this a section of music that nobody could ever possibly dance to. It’s dark, twisted and moody, with a vague undertone of doom. No-one would dance to this eexcept Satan himself.

Movement 4: the Allegro Assai. Deep, quickly shifting bass-lines shook the air with messianic fury. One can almost hear Wolfgang channeling his frustration and rage into a curse against fate itself. It was during this final moment that I felt some understanding of Mozart as the brilliant, tortured megalomaniac that he has become in the annals of history. There was a sense of defiance and anger in this section, a deep and nameless feeling that extended all the way from his manic soul to the ears of a listener three hundred years away. As the music rose like a giant wave and finally broke upon the rocky shore of time, we were awestruck. The man had wielded the power of lightning. He had broken open the sky and rained down the blood of the gods. He had carved out the truth of the universe and laid it bare for everyone.

The immortal genius will always be there, waiting for you. You just have to open your ears. 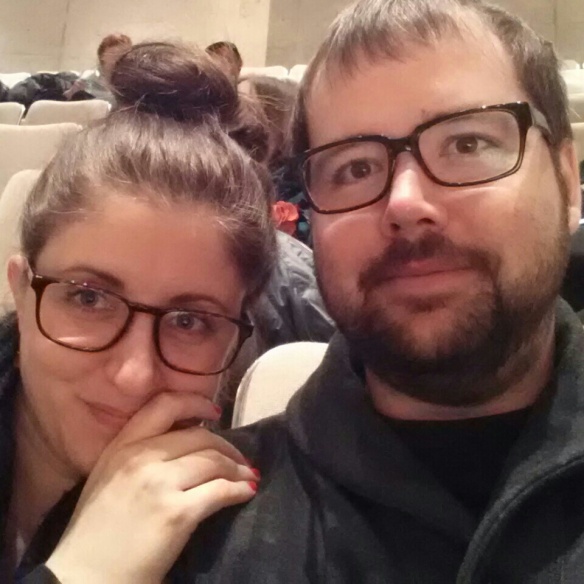