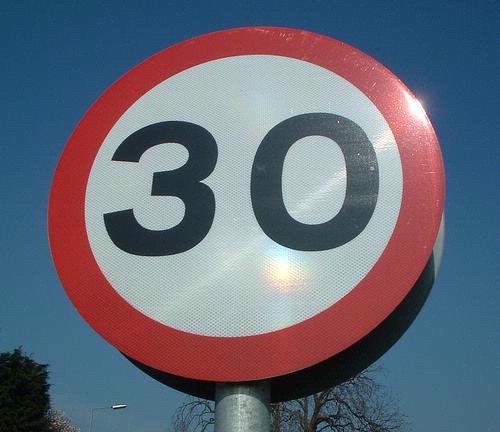 One week ago today, I celebrated my 30th birthday. As is customary for milestones, I was in a reflective and nostalgic mood, and I compiled this list of some of the songs that have made an impact on my life or my heart. Here are 30 songs that have shaped me throughout my journey through this world.

Neil Young is the beginning and the end of music, for me. All through my youth, he was omnipresent, to the point where I was already a fan of his music before I was even consciously aware of it. Neil’s music is the closest to my soul – he’s just always there in my heart and mind. Listening to the acoustic version of this song is one of my earliest memories. It’s seared into me.

I was in the fourth grade when my music teacher Mrs. Piccolo (no seriously, that was her name) played this song to our class in some kind of effort to teach us about Canadian music and Canadian history simultaneously. I don’t think that it worked, but the atmosphere of the song, and the heavily-echoed guitar lick, stayed with me for years. It was the first time I can remember thinking “I want to create a sound with an instrument”.

Baby It’s You- the Beatles

“Live at the BBC” was my gateway drug into a full-blown Beatles addiction in my early teens. I loved their humour and their ability to tackle literally every popular song of the time, and make it their own. This is a beautiful version of a song first made famous by The Shirelles, but The Beatles just kill it.

I Want You (She’s So Heavy)- The Beatles

The Beatles are like the Big Bang: a fiery blast of energy that is still being felt today. If you listen hard enough, you can hear every kind of music that came afterwards on their records. This song is heavy, spooky, and avant-garde all at once. It’s a proto-metal, futuristic blues. And it has the best vocals of any track on this album. The scream gives me chills to this day.

I’ll cop to it right now: the Smashing Pumpkins were my favourite band for a long, long time. Their records, especially the early ones, contained some of the most powerful rock music ever recorded. This song is one of my favourites, both for the razor sharp drumming, and the jaw-dropping guitar work. If you listen closely, you can hear exactly where I ripped my guitar solo style from. The Pumpkins blew the doors open for me to understand heavy music in a new way, and Billy Corgan is still one my biggest heroes.

Sabbath was a lightning bolt to my teenage brain. My parents were Sabbath fans at one point, although I don’t remember them playing the records at all. When I bought my first Sabbath album, this was my favourite song, and it still is.

What Goes On- The Velvet Underground

Sometimes I feel like The Velvet Underground was The Perfect Band; dangerous, avant-garde, powerful and poetic. They didn’t give a fuck who listened to them, and they went out of their way to present an alternative narrative to all the other music of the day. This version from the 1969 Live album has an amazing extended organ solo by Doug Yule. This song’s power makes my cry sometimes.

Say it Ain’t So- Weezer

Another admission: I was an enormous Weezer fan for most of my teenage and early adult years. I felt personally abandoned by them when they went straight for the commercial jugular after their comeback. I was one of those kids who worshipped them during their dark five-year hiatus in the late 90s. I bought every bootleg, every special edition. I stopped listening after the so-called Red Album. I just don’t understand them anymore. But when I was 15, they were a beacon of hope to every nerdy kid who had aspirations of being a rock star. And this song was our anthem. Despite my issues with the current incarnation of Weezer, this song is tattooed across my heart. This performance from Letterman is beyond emotional; Rivers is visibly pained by his leg brace, emotions are high, and the band play like their lives depend on it. What happened to my heroes?

Just one of the greatest songs ever written. Smokey is the man.

I had the good fortune of being introduced to Pink Floyd by my parents. I have very clear memories of Dark Side of the Moon being played around the house a lot. I also remember when I bought my very first tube amp and discovered that it had a tremolo switch; I was overjoyed when I learned that I could make that “Money” sound with my own guitar.

Nirvana didn’t impress me in any way until I realized there were melodies going on. The guys I knew in my hometown who were Nirvana fans were unrepentant idiots, which turned me off and as a result it took me a while to understand the band. When I re-examined their work, I become a full-blown disciple. This song has an amazing vocal melody, and one of the best screams in the history of rock.

I’ve written about Kyuss before, and this song in particular, but it still works for me. Listening to Gardenia for the first time was like finding the missing link between 70s hard rock and modern heavy music. “Gardenia” still blows me away. This song should be in a museum.

Shortly following my discovery of Kyuss, I went straight into Queens of the Stone Age. The fact that this song was heavy AND had a hook supplied by a vibraphone really cemented it into my teenage brain. Whatever you do, don’t tell anyone!

All Is Full Of Love- Bjork

I went through a big Bjork phase for a while, based mostly on my interest in the music and culture of Iceland and a fascination with the avant-garde. The video for this song was extremely beautiful and bizarre; I remember seeing it for the first time late at night on MuchMusic, sitting in my mom’s living room, and it was one of the most arresting pairings of music and visuals I’d ever seen. The song is just gorgeous, and the sentiments are truly universal.

Gimme Danger- Iggy and The Stooges

When Iggy Pop crooned “kiss me like the ocean breeze” with that sinister menace that he injects into his vocals, I knew exactly what he was talking about. I just can’t explain it. Raw Power should be required listening for anyone who ever picks up an instrument.

When I first moved away from home, Sigur Ros was one of the first bands I saw live. I was an instant fan. I even sat through the awful film “Vanilla Sky” in order to hear this song before it was officially released or even recorded in a studio. The movie is about 3 hours long, and it’s terrible, so that should tell you how much I love Sigur Ros.

Hey Hey, My My- Neil Young

As I said, Neil is the Alpha and the Omega of music for me, and this is one of his most enduring songs. Rock and roll will never die! I feel the same sense of awe every time I listen to this song.

Sonic Youth were another product of my obsession with finding the limits of what could be done with rock music. They are more than a band; they’re a legitimate art collective. This song was my bedtime listening each night for years, and the waves of guitars and feedback would envelop me and soothe my psyche.

Left Of The Dial- The Replacements

The Replacements were one of the most under-rated, yet highly influential, bands of all time. This song is a love-letter to college radio, which was itself once a highly creative and influential format. A beautiful melody and it rocks too! Paul Westerberg is the original slacker poet.

Anyone who studies the guitar has got to spend some time with the blues. Something about his phrasing on this song, and the darkness of the lyrics left a huge impression on me. It sounds like a jaunty tune, but he’s singing about killing his deceitful woman. Spooky stuff.

Big Joe Williams is one of most unique bluesmen I’ve ever heard. I love his homemade 8-string guitar and his blustery voice. Williams was one of my favourite discoveries of my blues education. This is one of the most recorded blues tunes of all time, but for some reason Big Joe never got the recognition he deserved as its author.

Other than Neil Young, Hendrix was one of my earliest and biggest heroes. The way he plays still sounds otherworldly to me. Listening to Hendrix is like watching one of the great master painters or sculptors; he’s in full command of all of his abilities, and there is nothing that he can’t do. And I now understand his blues roots in a deeper way. This song is just a collection of stock blues riffs and lyrics, but Jimi’s genius is that he makes it sound wild and inspired.

The Black Keys are one of my favourite bands of the last few years. I fear the same fate that neutered my beloved Weezer may befall them, but for now they reign as kings of rock and roll. The guitar sound on this song is what does it for me: dirty, raw, and natural. Too many people try to pretty their guitars up, instead of embracing the dirt. The Black Keys, especially at this stage, were masters of grit.

I was introduced to the amazing Robert Belfour by my best friend Matt, during our self-initiated blues education. Belfour is a living link to the original deep blues, and although he doesn’t hail from the Delta, his music is as close to “the source” as you can get from a living bluesman nowadays. His guitar playing is supernatural and his voice even more so. If you’re a blues fan, you already know about him, but if not, check him out. The man is haunted.

I think of Elliott Smith as a true poet, along the lines of Paul Westerberg. This difference is that Smith is an exacting, precise composer who laboured over every note. This song is pure organized chaos. Smith left us too soon, and as a result the world may never acknowledge him as one of our greatest songwriters, which he most certainly was. Elliott Smith showed me that there can be hope in the darkest of places.

In the same way as the Velvet Underground, I often feel that Pixies were/are the Greatest Band Ever. Nothing about them is normal, but for some reason they are able to inspire people everywhere, with a shocking degree of mainstream impact. This is one of my favourite songs of all time. Something about Black Francis screaming the word “REPENT” stirs my soul in a way I can’t explain.

The mightiest warriors of rock and roll survey a smoldering battlefield. The word is thrown around without much force nowadays, but this tune is a true epic.

Before You Leave- Thrush Hermit

Do what you gotta do, before you leave. That pretty much sums it up.

One of These Days- NY

This song says everything that I wish I could say to all my friends and family. I dedicate this song to everyone I’ve met along the way. One of these days, and it won’t be long…