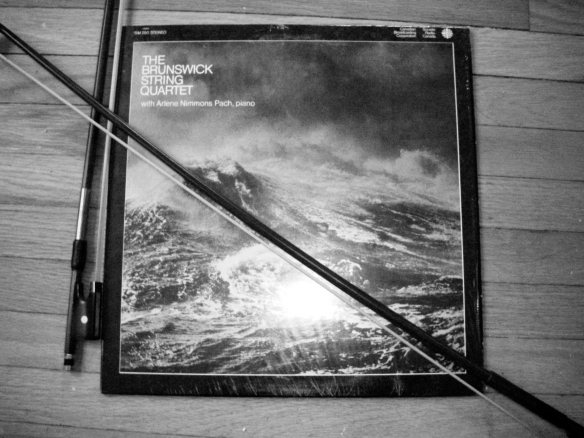 For this edition of Album Cover Of The Week, I am once again featuring a classical record, this time by a famous Canadian string quartet that existed for nearly twenty years. The Brunswick String Quartet was formed in 1970 at the University of New Brunswick, and they performed and toured regularly, often for the CBC, until their end in 1989. 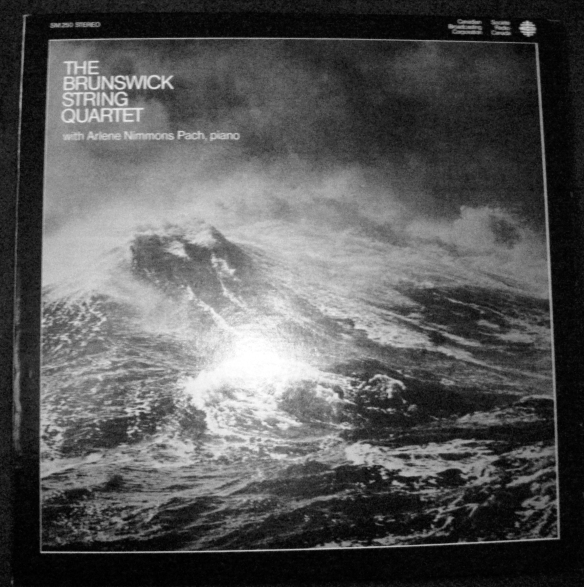 This cover is from their debut record for the CBC, who produced and distributed the album. It was recorded in 1975 at the Rebecca Cohn Auditorium in Halifax. The quartet performs a piece by Johannes Brahms, which is filled with sweeping dynamic changes and huge melodic climaxes. The cover reflects this, with its suitably dramatic black-and-white image of rolling waves, highlighted with silvery grey tones. This cover seeks to embody the emotional range of Brahms work, and succeeds in capturing the epic, flowing beauty of the piece. It simple and evocative, which are vital qualities of any good album artwork, regardless of the genre of the music.The fact that this is an old CBC record makes it an interesting artifact of Canadiana as well.